RIMES, the Regional Integrated Multi-Hazard Early Warning System for Asia and Africa, are evaluating GloFAS forecast performance at various locations in South Asia, where they are working to integrate GloFAS in the national flood forecasting capabilities in the region. This case study provides a summary of the results for the performance of the GloFAS ensemble mean discharge forecast compared to observations for several locations in two river basins, the Ayeyarwady in Myanmar and the Narayani in Nepal.
The full report can be found here

The Ayeyarwady river’s source is at the confluence of the Mali Kha and Mai Kha rivers in the eastern Himalayas and Tibetan Plateau, and the basin has a total area of 414,000km2. Several locations were analysed (Fig. 1, circled), from the upper (Bhamo and Katha), mid (Monywa) and lower (Nyang Oo) reaches, and the outlet (Zalun).

The evaluation finds that GloFAS is able to capture the seasonal cycle well at all stations and has useful skill up to 15 days in the upper Ayeyarwady (Bhamo and Katha, for example Fig. 2) and up to 25 days in the lower reaches (Zalun). At Monywa (Chindwin River, mid reaches), the forecast performance is good out to 10 days. The results show that the magnitude of the peaks tends to be overestimated at Nyang Oo (for example Fig. 3), although the timing of the peaks is predicted well. The forecasts also show promising skill in providing a flood outlook at day 25 at Zalun, although at shorter lead times the magnitude of the peaks is overestimated, in some cases quite significantly. 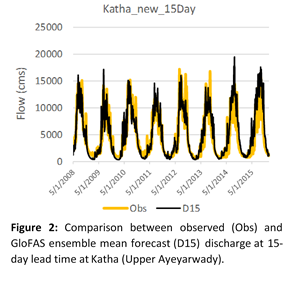 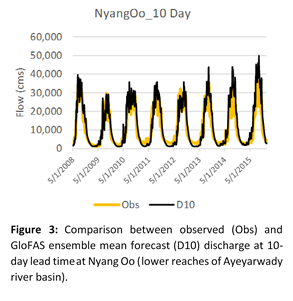 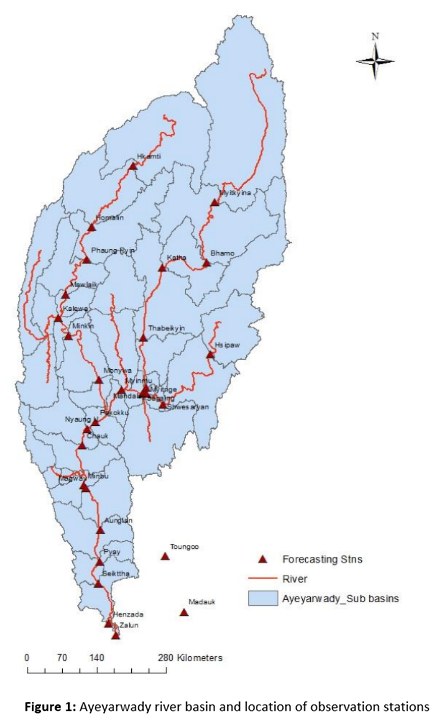 The Narayani river basin is located in the Himalayas, and has a total drainage area of 32,000km2. The river system has five major tributaries, two of which originate in the Tibet Autonomous Region of China, while the remaining three originate within Nepal’s borders. The Narayani River joins the Ganges River in India. This basin, which contributes 50% of the country’s hydropower, has seen several major floods in the last two decades.

Four locations (Fig. 4, circled) were chosen for the performance analysis in the Narayani river basin, which has a complex, mountainous topography. These locations were selected to represent the flow drained by the western part of the Narayani at Kumalgaon, the central part at Bimalnagar, the eastern part at Kalikhola and the basin outlet at Devghat
Overall, GloFAS was found to underestimate the flow in the Narayani basin, in terms of the ensemble mean, particularly at Kalikhola where the flow magnitude is significantly underestimated at all lead times, although the seasonal cycle is captured well. For each location, GloFAS performs well in terms of the timing of the peaks. At Kumalgoan and Bimalnagar in the central part of the basin, there is reasonable and useful skill up to 15 days lead time (figure 5 shows an example for Kumalgoan), despite the underestimation of the peak magnitude of the events. The results also show that past 15 days lead time, the model performance drops in this basin, as after day 15 there is no precipitation input to the forecast. 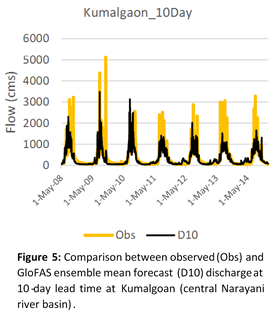 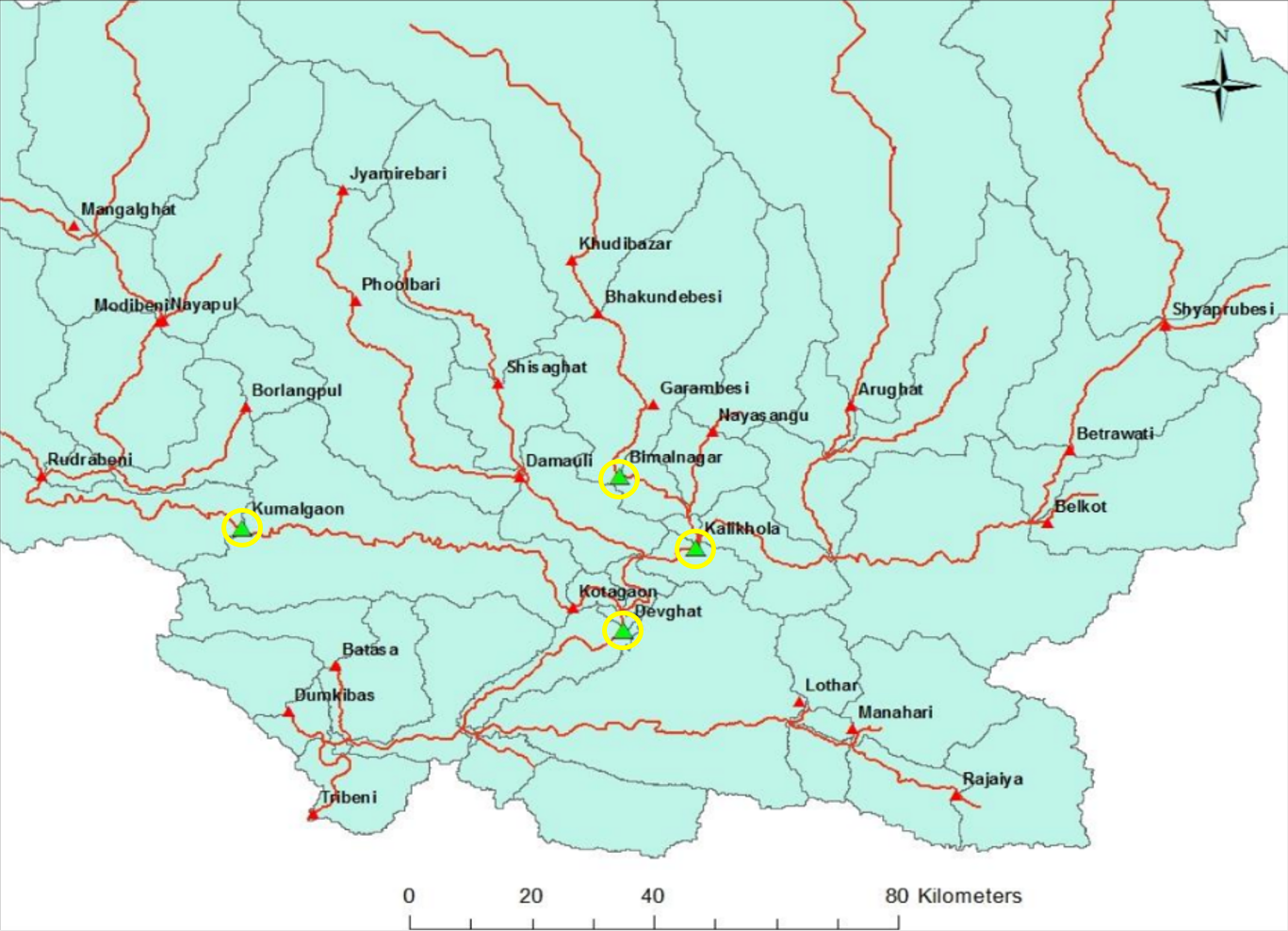