GloFAS demonstrated its potential by detecting a number of flooding events of the past 3 year in major world rivers, with forecast lead time often larger than 10 days

A striking example is that of the severe floods that hit Pakistan in summer of 2010, triggered by exceptional monsoon rain beginning at the end of July. The flooding covered approximately one-fifth of the total land area of Pakistan, directly affecting about 20 million and causing a death toll close to 2000 people.
On that occasion, forecasts on 28 July 2010 showed probabilities up to 100% of exceeding the severe alert level (i.e., 20 yr return period) in most of the Indus River basin, with peak flow traveling downstream in the first half of August 2010. 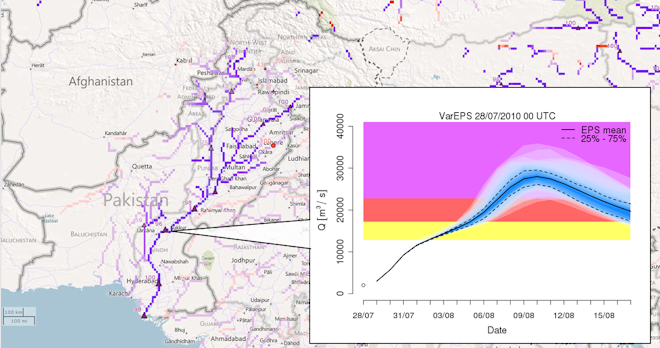 It shows a 20-day ensemble streamflow prediction for a dynamic reporting point in the Indus River, few kilometers downstream the city of Sukkur, in the Sindh province of Pakistan. Forecasts show a sharp rise of discharge in the river, with expected peak of the ensemble mean on the 10 August, hence 13 days after the prediction was issued. The uncertainty range increases with the lead time, though it almost completely exceeds the severe alert level from the 8 to the 12 August.


Hover the map and zoom in with mouse wheel 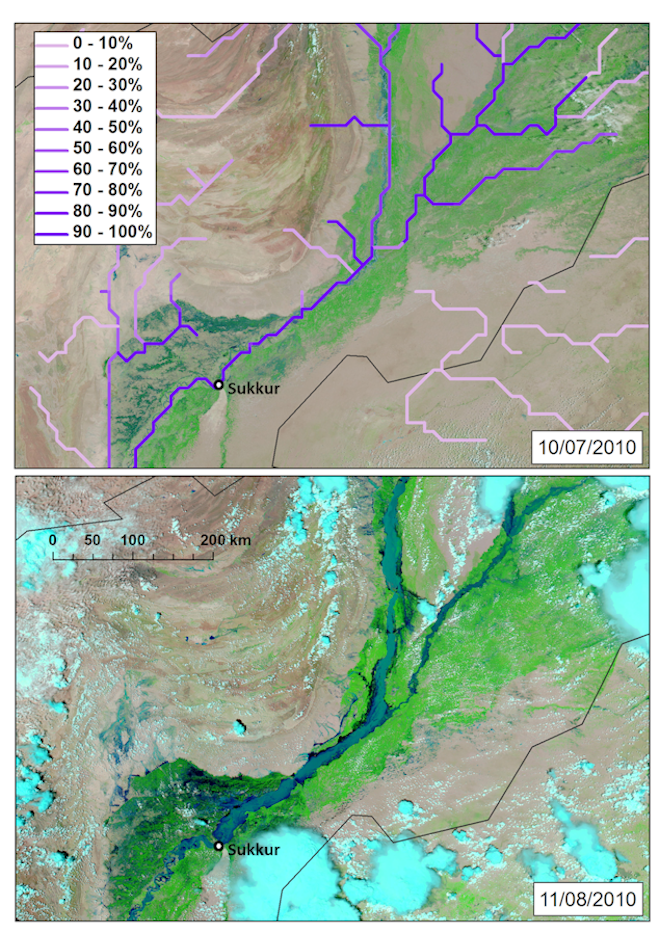 Satellite images of the Indus River

Satellite images of the Indus River on 10 July 2010 (top) and on 11 August 2010 (bottom). Top panel also shows, with purple shadings, the maximum probability of exceeding the severe threshold in a 20-day forecast range (forecast on 28 July 2010).

Read more about the case study